Mention in Parliament by Arts NMP Kok Heng Leun
“Going forward, I would like MCCY to look at the following issues: (1) Engagement on a deeper level.
Let me share about a project entitled Unseen: Constellation which is currently being exhibited at the Chapel Gallery of Objectifs along Middle Road.
Initiated by artist Alecia Neo, Unseen: Constellation involves seven students living with visual impairment from Ahmad Ibrahim Secondary School. Over two years, under the guidance of mentors from a diverse range of professions, the students were immersed in a very deep process of discovery, which resulted in them creating works that explore their lives and dreams. The various art works now displayed at the Objectifs gallery comprise music videos about friendship and discrimination, a short film about vulnerability of love and boyhood, a motivational speech, a symphonic band composition, amongst others.
In the motivational talk, the student Dallon Au revealed his insecurity as someone with impaired vision, and how he had to overcome it to pursue his dream. Dallon shares his two years long journey with ConversationsCircle trainer Allen Lim, who has introduced him to the art of listening…
Through the work, you can see how these students had learnt so much about themselves through a highly engaged process, facilitated by very thoughtful and sensitive artists and mentors. The process has resulted in the creation of art works that are moving and of high quality. Unseen is deeply engaging and impactful, both for the audience, and for the students and artists.
Such engagement is deep and life-changing.
As we move towards the future, we should encourage more of such deep and engaging work. The depth and process will result in profound learning experiences for the community that is creating and participating in the process, and will also result in artistic work that is aesthetically rich. It moves the audience, changing their sensibilities, by making the invisible visible and the unheard heard.”
- Kok Heng Luen, 13 April 2016
For the full speech, please refer to the following link:
https://www.facebook.com/notes/kok-heng-leun/mccy-cost-of-supply-debate/10154046255667856
STRAITS TIMES
Read full article here:
http://www.straitstimes.com/lifestyle/see-the-dreams-of-the-visually-impaired
UNSEEN ART INITITATIVES ON CHANNEL NEWS ASIA: ON THE RED DOT
Channel News Asia: On the Red Dot (Episode 162, 26 Feb, 2016)
This episode features both the Unseen: Constellations project in Singapore, as well as our recent collaboration with Malaysian artists and Dialogue in the Dark, Malaysia.
Watch the episode here: http://video.toggle.sg/en/series/on-the-red-dot-catch-up/ep162/376587
UNSEEN: CONSTELLATIONS ON CHANNEL U'S 寻找毅中人 LIFE EXTRAORDINAIRE
Catch us on on Channel U's 寻找毅中人 Life Extraordinaire 22 Dec night at 9pm! In the series' 6th episode, we chat with host Joanna Dong about our on-going project Unseen: Constellations. We're featured alongside
Qiu Qingxi's journey in social work after 921 earthquake, despite an imminent advanced cancer.#Unseensg #UnseenConstellations
SIXSIX Media
http://six-six.com/article/student-explores-the-psychology-of-crime-in-unseen-constellations
COBO
https://www.cobosocial.com/art-and-design/to-see-with-eyes-closed/
SIF CONNECTS!
Unseen was in KL, Malaysia for SIF connects. Sharing updates about our current project, Unseen:Constellations and also discuss about future plans.
"The dialogue marked the second in a series of overseas dialogues to involve the international community in Singapore’s golden jubilee celebrations, and built on the stories that the international community had contributed to the second volume of Singapore: Insights from the Inside which explored the head, heart and soul of Singapore."
SIF cultural Ambassador Alecia Neo (right), together with SIF cultural exchange head Soh Lai Yee, sharing with Scope Group executive director and Impact Hub KL co-founder Shariha Khalid (left) on her Arts for Good collaboration with the artistic and visually-impaired communities in Malaysia. 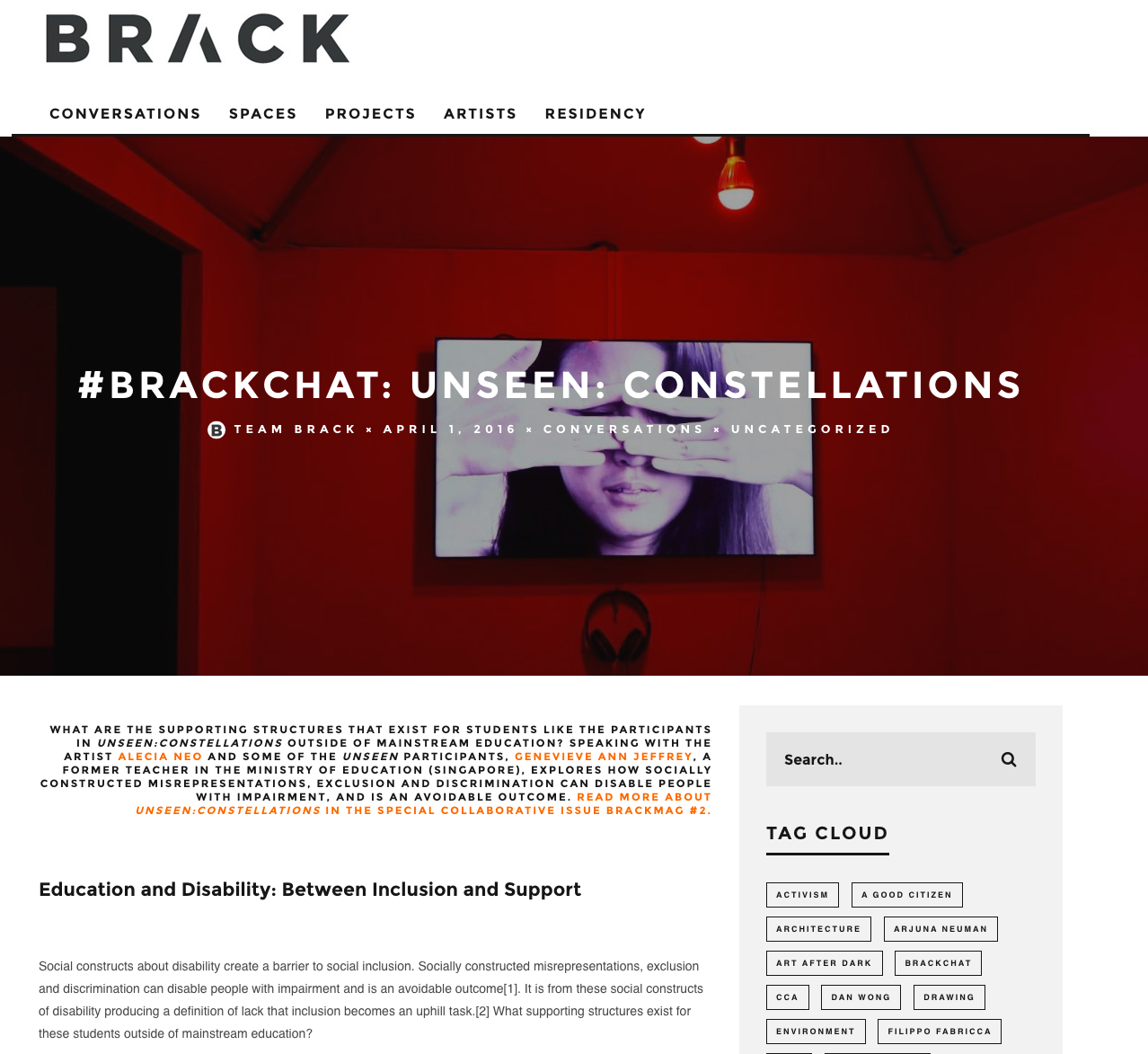 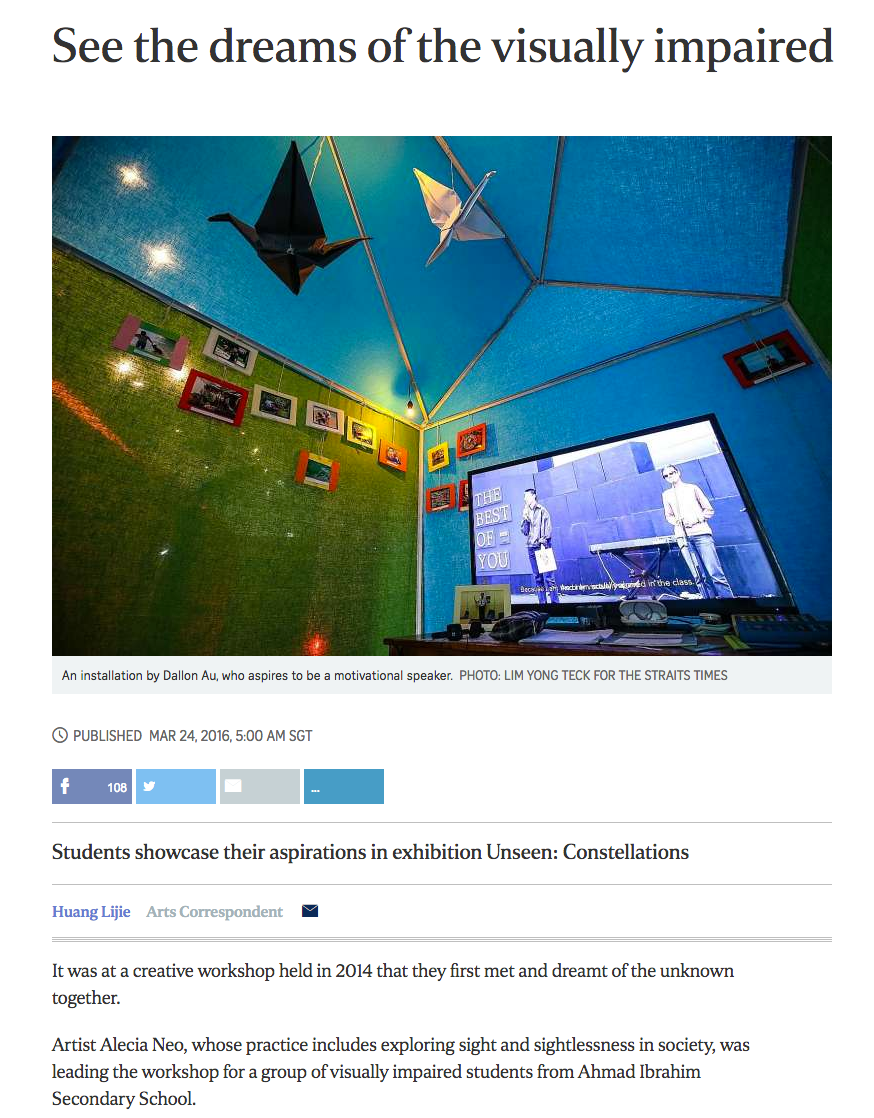 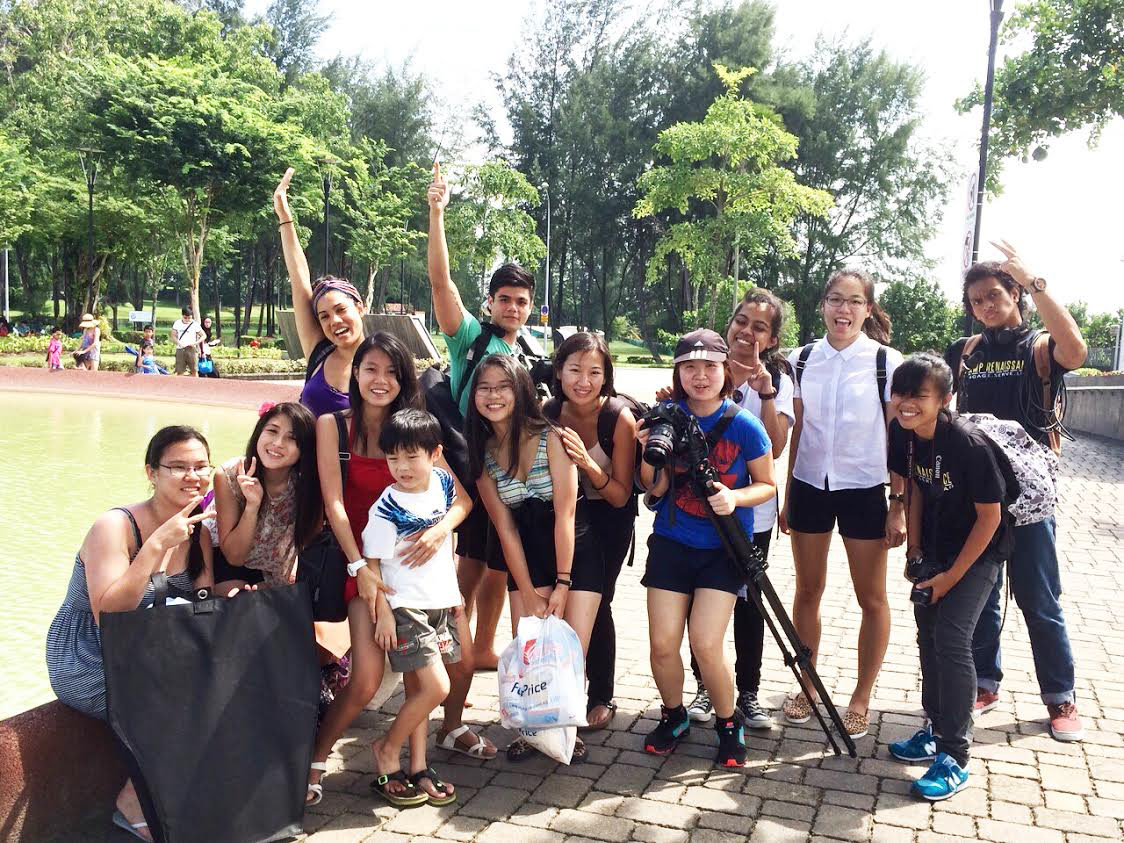 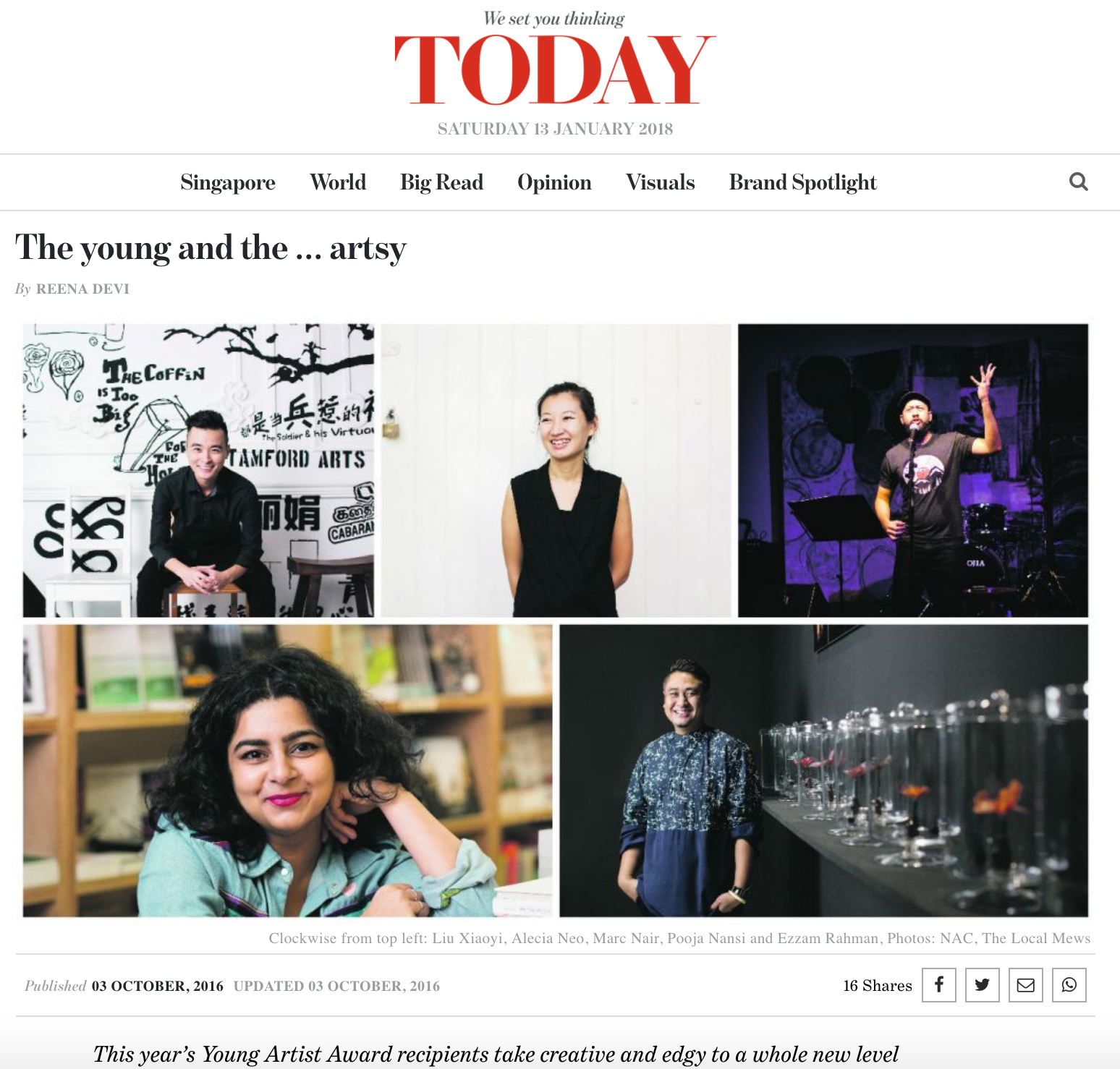 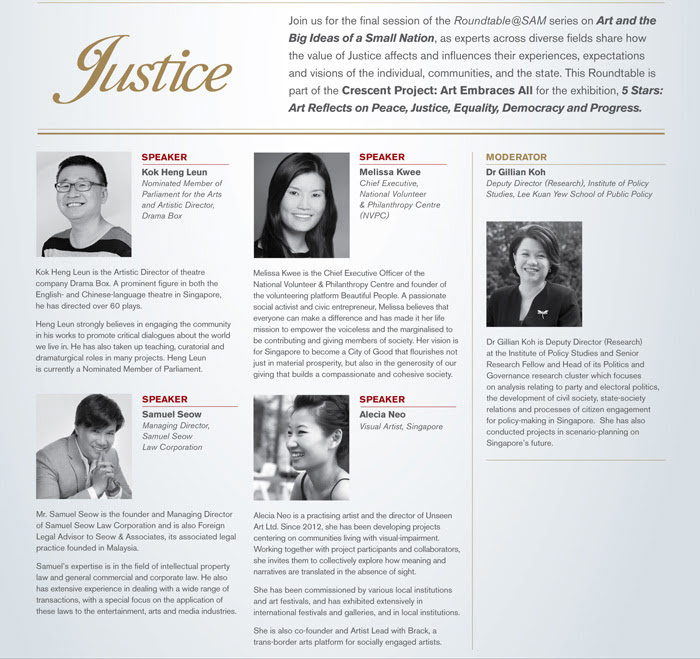 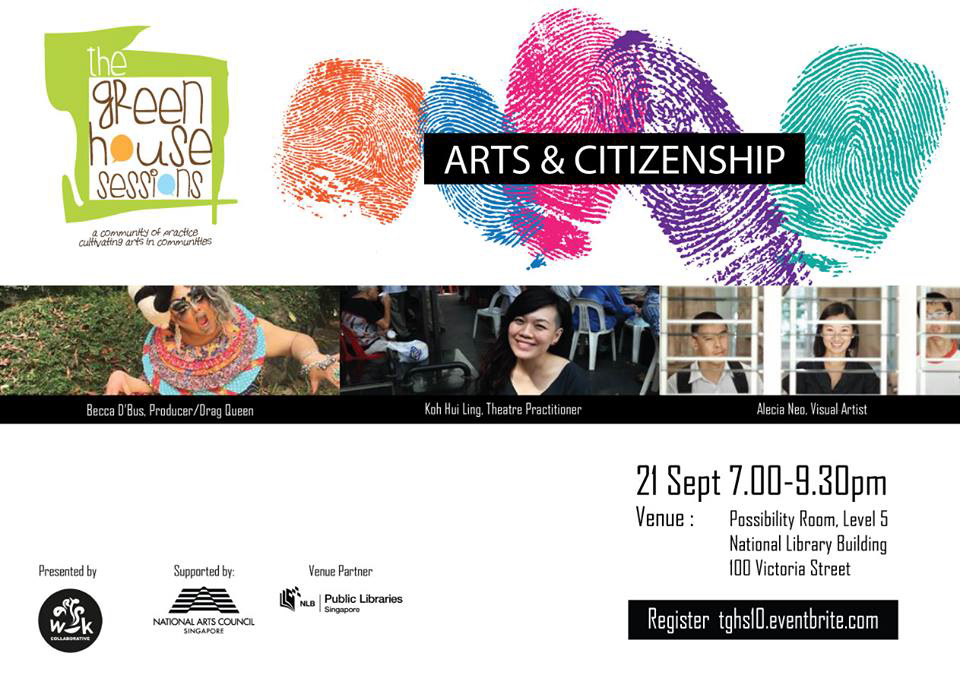 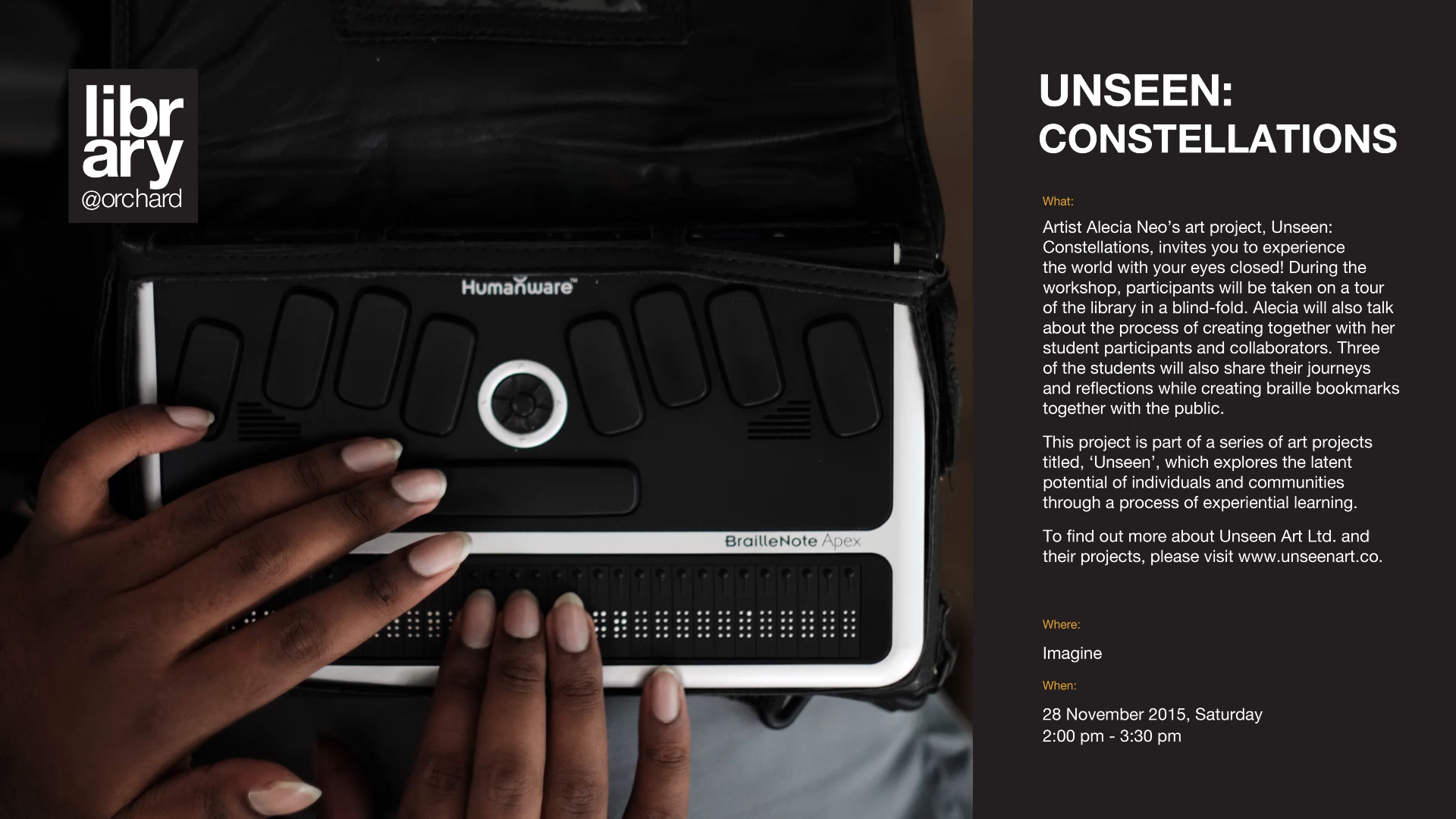 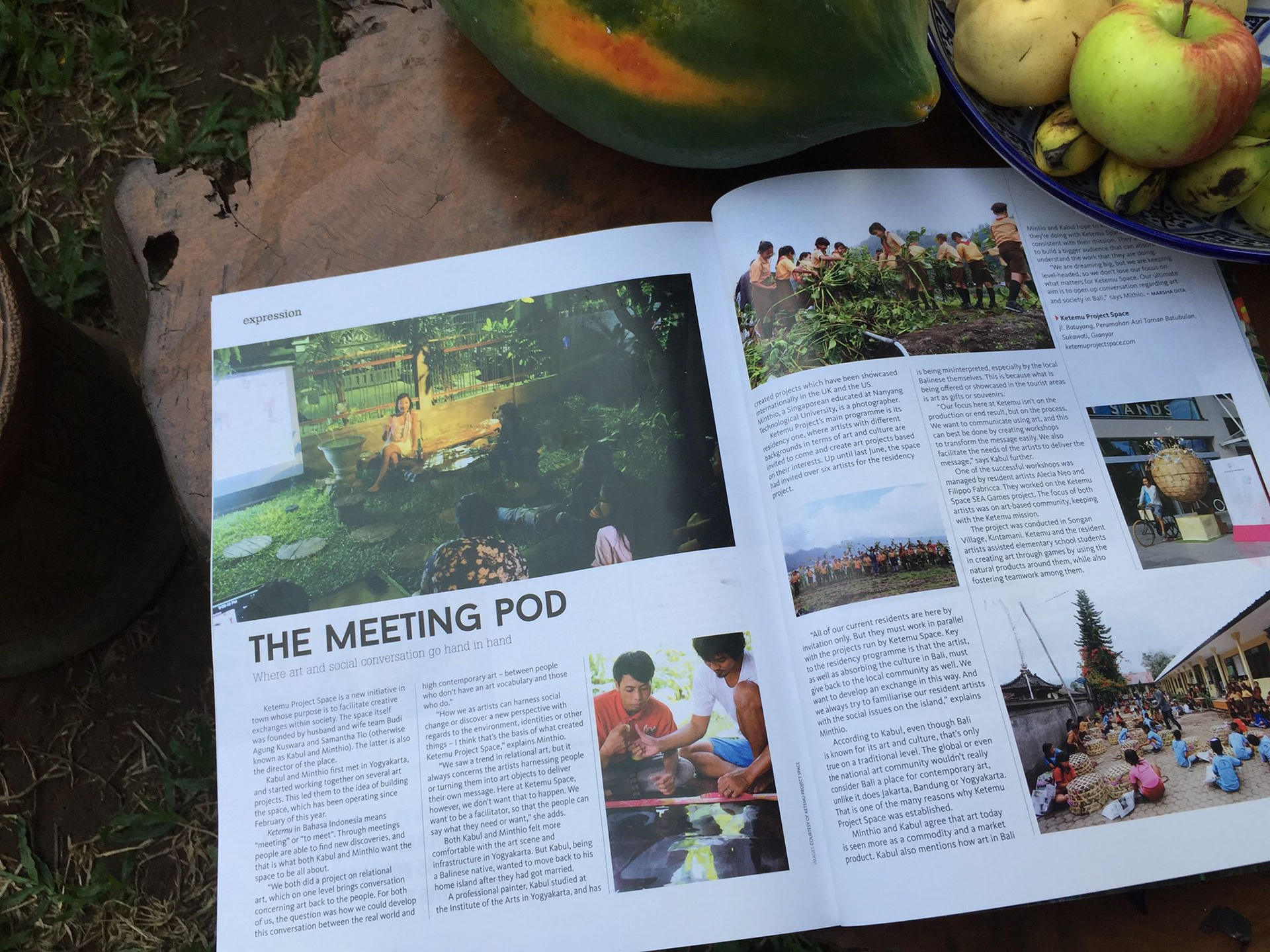 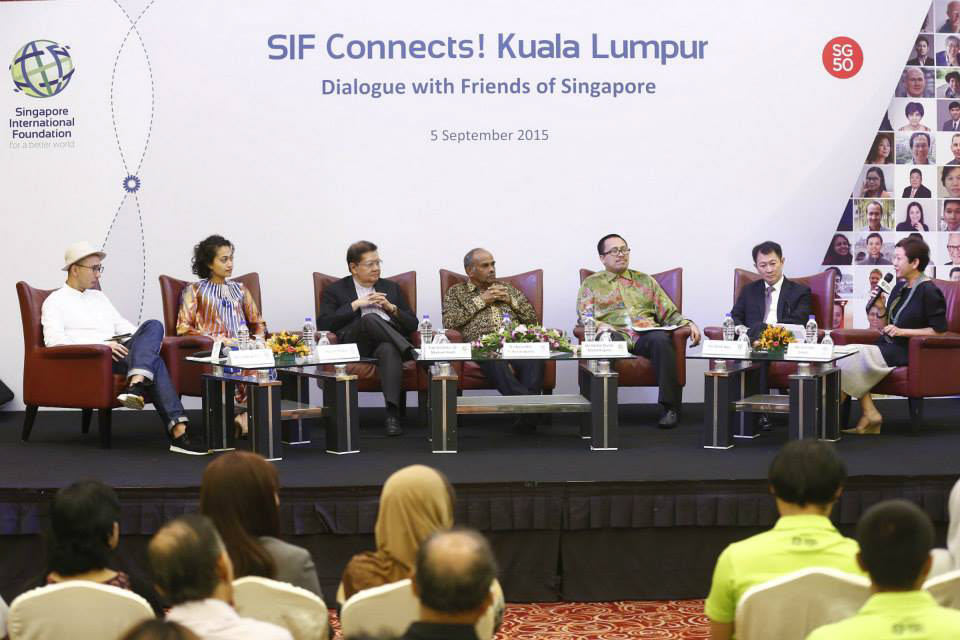 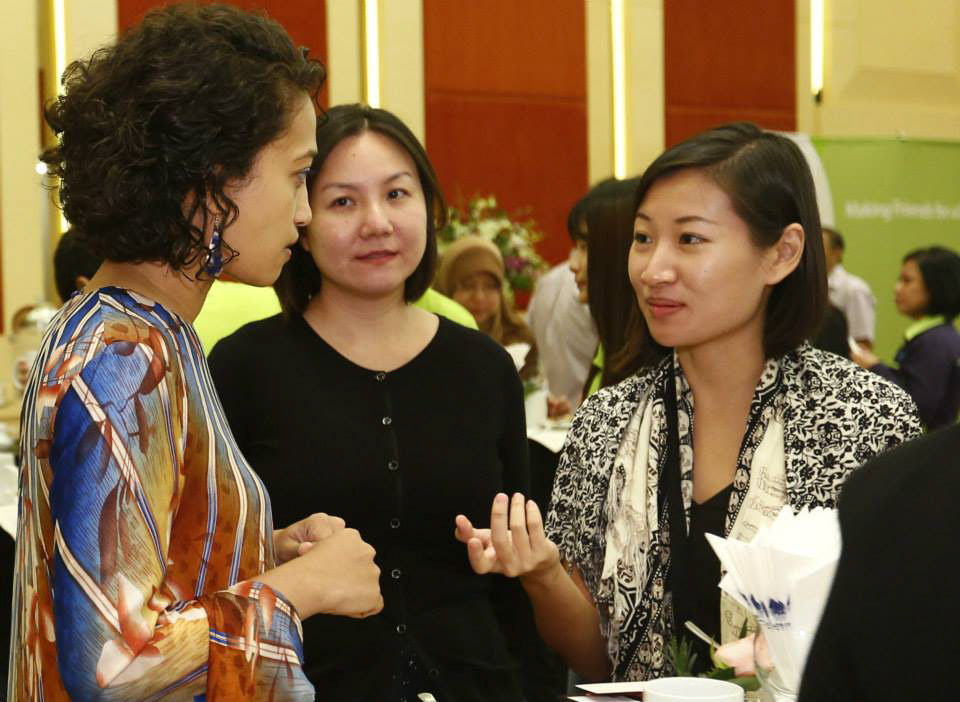 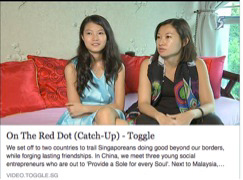